Ten years ago this week, I made a momentous journey. Little did I know at the time, but that trip would, in many ways, impact the journey my career would take over the coming decade and it would certainly shape and mould my personality into the person I am today.

It hardly feels like a whole decade again, but on the morning of Friday 14th August 2011, I arrived bleary-eyed at Heathrow airport with my family in tow. We’d been to a family wedding the day before in Norfolk and opted to drive overnight to the airport to avoid the inevitable London gridlock. It’s fair to say my parents tended to avoid the capital, especially my Dad who considered London to be his personal hell as far removed as it was from the great outdoors, nature and the countryside that he loved. His biggest peeve on that journey, as I recall, was the fact that even after we reached London we would have to drive almost the same distance again around the outside in order to reach Heathrow.

In any case, we made it to the airport without issue. This was an exciting day, my first time stepping foot on a plane, my first international flight. I don’t do things by half, as you might be able to tell. My first trip abroad was to be to the USA, six months away from my family studying a full semester at Minnesota State University, Moorhead.

The study abroad exchange between the University of Lincoln and MSUM in Minnesota, had by this point been running for almost a decade. In fact, we were to be the 10th cohort, another momentous, if troubling accolade – would we live up to the expectation? Already in the first half of 2011, the American’s had been over for their six-month exchange to the UK. It was at this point that we met Michael, an amiably soft-spoken Minnesota with the accent and personality of your typical midwesterner. We’d end up becoming great friends.

In order to make it into the programme, there was a competitive element. I don’t remember now, but I think we had to write some kind of application. I’m sure I talked openly about my burgeoning passion for the history and culture of the USA. By this point, I’d be presenting my radio programme, Ben’s Country Music Show, for three years and I harboured ambitious if naive dreams of travelling out to Nashville while I was studying abroad. They must have liked what I’d written, because a few weeks later I heard that I had been successful along with three other students, Jake, Chris, Nicole and Amy. We’d be the group of four to travel to Minnesota, the 10th MSUM exchange.

If you’re wondering where MSUM is, it’s right at the top of the State of Minnesota, the Land of 10,000 Lakes as the State slogan and licence plates proudly proclaim (I’ve got one on the wall behind me in my office as I write this). Moorhead, the city in Minnesota where we would be based is actually a twin conurbation with the city of Fargo, just over the border in North Dakota. In that way, it’s a little like the twin cities of Minneapolis St Paul which make up the Minnesotan capital. And yes, before you ask, that is the Fargo of Cohn Brothers fame. In fact, one of the only pieces of advice I remember being given in the days leading up to our trip was: “Whatever you do, don’t watch the film Fargo. It’ll give you an inaccurate view of the city, and the locals don’t like the representation”. Our friendly lecturer, Tom Nicholls, who had been organising the exchanges for many years, seemed deadly serious. As an aside, I still haven’t seen the film Fargo to this day, or the blockbuster mini-series starring Martin Freeman. I’m not sure that I ever will.

And so back to the trip; here we were four excited and nervous nineteen-year-old students from the UK ready to board our first international flight alone. Our first stop would be Chicago, a non-stop flight from the UK. I still remember the weird sensation of taking off from Heathrow and powering up into the sky. I’d never experienced anything like it. Until that is, we reached the windy city some nine hours later and flew through the worst turbulence I have yet experienced even a decade later. Thankfully we landed on the ground at Chicago O’Hare airport, and made our way through US border control (always an experience in itself for anyone who is familiar with travelling to the USA). I vaguely remember that we only had a short layover in Chicago, and there was just time to work out how we could use our newly exchanged American dollars to buy dinner (a burger, I’m sure!) and fill a payphone in the airport with enough quarters to make a quick call home – “Yes, we landed, just waiting for the next flight. Okay, bye!” In the days before smartphones and international roaming, that’s about all you got!

From Chicago O’Hare, we boarded a tiny internal flight to the Hector International Airport in Fargo, North Dakota; International, presumably, because it runs flights out to Canada which is actually a quick hop over the border. This was the most bizarre experience of all, as the plane was tiny, sparsely occupied and here were four very excited English teenagers talking very loudly in their strange accents about everything and anything they could see out of the window. Those American’s must have been amused and appalled in equal measure.

I remember that we arrived in Fargo quite late in the day. And we were exhausted, having flown the nine hours from the UK before the connecting flight. Thankfully we’d kept hold of all our luggage, and I was now starting to feel the effects of my first jet lag kicking in! At the airport, we were greeted by some friendly MSUM students who ferried us back to the campus and showed us to our dorm rooms. From there, we touched base with Michael who kindly drove downtown to pick us up and take us to the nearest Walmart on the outskirts of town. And for an English student abroad for the first time in his life, what an experience it was! Although we were exhausted and had only really made the trip out to get bedding and other urgent supplies we hadn’t been able to bring with us the plane, we couldn’t help but marvel at the size of it all. And, of course, at the American-ness of it all. The food, the drinks, all the things we’d seen or heard about in the movies.

This was it, we had made it to America and for the next six months, this would be my life. And it would change my life, forever. Six months later, I’d leave the USA with a newfound passion for its history, culture and way of life. It would drive me into a period of my life where I’d want to learn everything I could about the US, devour its history, closely follow its politics, and, most of all, treasure its music. But all of that was in the future. For first, I had six months of living and studying in the USA at Minnesota State University Moorhead, ahead of me. 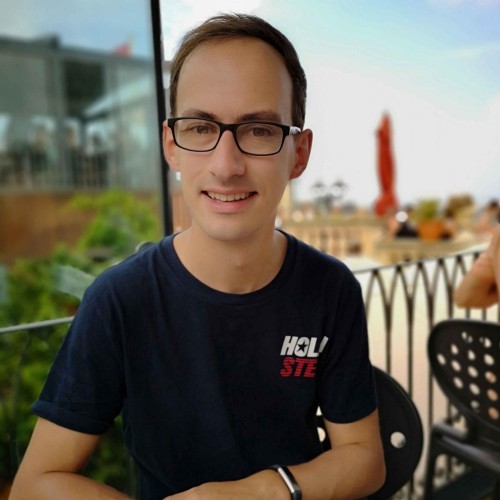 Ben R. Atkinson is a writer, musician, and presenter who can be heard broadcasting on radio stations around the world, is known for his novels, radio dramas, and who writes and performs his own music in the country/folk genre. Ben is currently studying for his PhD in Ethnomusicology at the University of Lincoln in the UK.
Categories:
Tags: ChicagoDestination MoorheadFargoFlightHeathrowMinneostaStudy AbroadTravelUSA

Country Music: Race, Gender and Transition in the year of COVID-19

Ben R. Atkinson is a writer, musician, and presenter who can be heard broadcasting on radio stations around the world, is known for his novels, radio dramas, and who writes and performs his own music in the country/folk genre. Ben is currently studying for his PhD in Ethnomusicology at the University of Lincoln in the UK.

Graduate Intern of the Year, University of Lincoln — 2014 / Outstanding Contribution to the Lincoln School of Media — 2013